Wait! Before you get started with Reddule...

REDDULE DOESN'T TELL THE WHOLE
STORY ALONE. HERE'S HOW TO GET
MORE TRAFFIC, LEADS AND CASH
FROM REDDIT 250% FASTER

Hey it's Ben again, and on behalf of the Reddule team I want to say thanks, and welcome aboard!

Getting traffic and leads longterm for your business just got far easier thanks to Reddule.

But, before you get started we need to be honest...

We tried to pack as much features and value into Reddule on the front end as possible...

but, we did have to leave out some features out in an effort to make the software affordable and accessible to everyone.

This does include powerful features and uncapped usage many serious Reddule 'power-users' will want to get the most out of their purchase and maximize results for themselves and clients.

So, if you're one of those users interested in using Reddule to its full potential with more cutting-edge features and uncapped restrictions to get results 10x faster than normal customers, allow us to introduce...

The exact same technology that's allowed us to take decent Reddule campaigns and double the amount of engagement, traffic, and ROI from them in the same amount of time.

So, you're getting access to everything that was offered as a part of Reddule Commercial, plus essential features to put Reddule on steroids like:

With this software you can have AI (artificial intelligence) write your Wordpress posts for you by creating an auto blogging system that uses Reddit as a content source.

Our intuitive, easy-to-use system allows you to create a web page full of exciting items like threads, comments, GIFs, videos and more directly from any public Reddit page that are rich in content and will bring in organic traffic. ...

For the first time, curate already DFY content NOT found already on other blogs.

Check out how it works:

Plus, for the next several customers we're offering...

If you post only links to your sales pages or opt-in forms on Reddit, you'll quickly get labeled as a spammy marketer. That's why you must create an authority looking blog to post, and then capture the leads that come to your blog.

Instead of investing $67+ into a premium, authority theme you'll get two ready to go and install for you today.

Having a blog is not an option, it's a must-do if you're actually planning on getting traffic all year from Reddit. So, instead of investing $67+ into a good theme next week, just get two now free.

A new dashboard panel is created called “Social Metrics” which shows how many times each post has been shared on various social networks, saving you months of time knowing what's actually working and what's not.

Plus, you don't want to have to compete with Reddule Platinum buyers who already upgraded, do you?

Upgrade now before it’s too late!

Because we need to be fair to the early adopters of Reddule Platinum to let their campaigns stand out over others, we can't allow everyone to get access at this price. That’s why we’re limiting who gets in by either raising the price or adding a monthly fee to use this powerful software soon.

Good news is — for a very limited time, you can upgrade to Reddule Platinum for the lowest possible price — and secure lifetime access, with no monthly fees or hidden costs.

We're Taking on All the Risk

Plus, if for any reason you get double the results or simply don't want to use Reddule Platinum anymore in the next 30 days, just let our rapid response support team know and we'll issue you a prompt refund.

The Reddule Platinum support desk is standing by to issue you a refund if you decide to exercise your risk free 30 day money back guarantee.

Upgrade to Reddule Platinum Now and Shave Off Months of Work:

Again, you're getting the same amazing technology and training regular customers got, plus the essential upgrades needed to shave weeks of time and build an incredible brand that gets viral traffic faster.

Go ahead now and secure your order before the price increases. Press the button below give yourself an upgrade and we'll see you inside the Reddule Platinum special members area. 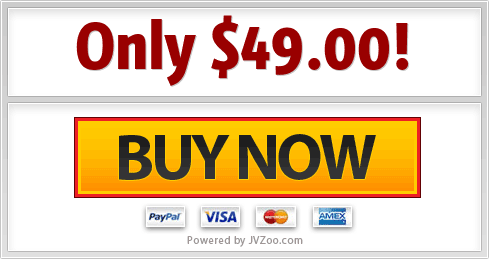 Are these features, trainings, and extra licenses really essential to my Reddule campaigns?

Ans. You don’t have to have these features to still have success with Reddule. However, if plan on running a serious business and value extra time and want to save significant money in the long run, then these features and training are really going to help. If you think about it, all you need is one sale of an affiliate product, your own product, or one little client to make up the cost... so it’ s really a no-brainer type decision if you’ re actually going to using Reddule.

Do I have to Buy the Front-End Version First?

I’ ll be able to think about it then come back to this page later when I’ m ready... right?

Ans. Sorry, but Reddule Platinum is really just a one-time-opportunity and the price will actually increase in a few hours. Plus, we will have to take down the page completely soon as to make sure the customers who bought get amazing results and give us great testimonials to add to our proof.